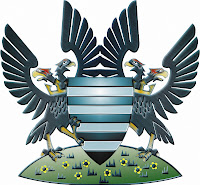 2012/13: 2nd in Conference South – “play-off success”
Salisbury City
After several summers of turmoil at the club, it’s nice to see the majority of last season’s play-off winning side sign on for the new campaign! The ones that have gone are expected, and only Dan Fitchett is yet to sign (has just had a trial with Southend). However, it hasn’t all been plain sailing, with our gaffer, Darrell Clarke going off to take the number two position at Bristol Rovers after 6 years with the club. Whilst there were plenty of well known applicants for the job, number two, Mikey Harris got the job, despite being only 28 and never playing above the Southern Premier…he knows what he’s doing though, and with Warren Feeney coming in to partner him, I’m sure those two are more than capable!
Squad wise, hopefully Jamie White can get fit after he has his hernia op, as he will be a big man for us up top with his goals, but apart from that we look pretty solid particularly in midfield with the likes of Chris McPhee and Ricky Wellard. And hopefully with a few additions at the back (Exodus Geohaghon and Steve Tully are both currently on trial), we should have a decent little squad, and I do mean little!
As for our ground, it won’t be one of the best in the league, but it’s our home! We’ve got a covered terracing at one end, which’ll be the ‘home end’ if any games are segregated, with two small stands of seats either side of the scoreboard on the half way line, opposite the main stand. Holds a capacity of 3,500-5,000 depending on who you speak to, and we’ve now got a very bright scoreboard opposite the ‘home stand’ (inherited from Pompey apparently). The floodlights are also up to scratch, as before the Conference kicked us out three years ago they made us buy some new ones (!) Oh, and just a tip – for car parking you might be better off over the road in the industrial estate, particularly if it’s wet (it’ll save you £2 too!)
Fixtures
Looking forward to the whole season really, it’s good to be back! Obviously you’ve got the Lutons and Barnets of the league, which will always be a big game for someone like us, but the biggest game has to be the visit of Forest Green on 9th November…probably the biggest rivalry we’ve got in the league.
Predictions
To get promoted: Kidderminster (Champions) and Forest Green Rovers (Play-offs)
To get relegated: Hyde, Alfreton, Dartford and Nuneaton
Salisbury’s finish: 17th (although anything outside the bottom four will do!)
Liam
@LiamSCFC

2012/13: 20th in Conference – “We stayed up!”
Southport
We’ve definitely lost a lot of key players. As manager Liam Watson left for Telford, he took almost all of the squad with him. However, the biggest loss was winger Shaun Whalley who left for Luton. I expect Shaun to have a great season there! However, we’ve brought in Stockport’s Danny Hattersley after he was on a loan spell here. The signing of Danny was a big relief, as we only had one striker in the squad! We also brought in ex Fleetwood Town central midfielder, Jamie Milligan. I believe Jamie will prove to be a crucial signing, who will be the centre of any success.
We appointed Alan Wright after Liam Watson left and he’s made five promising signings so far, including Barrow AFC winger Paul Rutherford. I wouldn’t be surprised to see more players come through the door throughout the season due to Alan’s wide contact range, which is never a bad thing to have. Alan has made it clear that his aim is to be around the play-offs.
The Merseyrail Community Stadium is a typical non-league ground. You have the Jack Carr Stand behind the goal, which is known as the chanting stand. To the right of the Jack Carr Stand, there is the Popular Side, which runs along the full side of the pitch – it is a terrace with no roof. Opposite is the Main Stand: fairly big, with half normally being unsegregated. Behind the other goal is the Blowick End – another terrace with no roof, which is where away fans are allocated.
Fixtures
Luton at home is our first game of the season and I can’t wait to see the ‘new’ team! I am also looking forward to Chester away, which couldn’t be played at a better time than New Years Day! Another game I am excited for is Dartford away and finally Barnet (both home and away), to see how they perform after being relegated.
Predictions
To be promoted: Luton (Champions) and Wrexham (Play-offs)
To be relegated: Salisbury, Hyde, Nuneaton and Aldershot
Southport’s finish: 17th
Ben
@benniehighton8
http://hightonontour.blogspot.co.uk/ 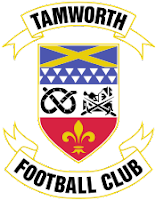 2012/13: 19th in Conference – “Room for improvement”
Tamworth
We’ve lost Adam Cunnington, who scored all the goals and pretty much carried the team last season. Tom Marshall is another who will be missed, as he was a big presence at the back for us. Never rated by the fans, other than myself is Sam Oji – another centre half – who oozes quality and by far the best defender in the team. We’ve gained Richie Baker who’s a good goal scorer from midfield and has played a lot of games in the Football League, and goalkeeper Cameron Belford is a massive coup for the club. He’s also the son of the manager.
Manager Dale Belford is definitely right for the job. He’s a legend at the club and will have the players put in a shift every game. He’s a hit with both fans and the players.
The Lamb Ground may need a bit of attention, but the atmosphere it can generate is amongst the best in the league!
Fixtures
I look forward to every fixture if I’m honest, but notably: Nuneaton (home/away), Luton (home), Kiddy (away), Barnet (home/away), Salisbury (away), Dartford (away) and Wrexham (home).
Predictions
To get promoted: Barnet (Champions) and Chester (Play-offs)
To get relegated: Hyde, Nuneaton, Welling and Aldershot
Tamworth’s finish: 13th
Ed
@QuarrelsomeGoat

2012/13: 1st in Conference South – “Like watching Brazil!”
Welling United
Anthony Acheampong has moved to Barnet for reasons best known to himself – commanding defender and good for a few goals. With Ben Martin also leaving The Wings, that's a couple of regular central defenders down.
Jamie Day is a fabulously passionate young player manager who encourages and inspires great team spirit. Without a doubt, he’s the right man for the job.
Park View Road is shabby and old fashioned. We walk round the ground at half time so we can always stand behind the goal Welling are attacking.
Fixtures
As a former Barnet season ticket holder I have to say I’m looking forward Barnet at home.  Also the two matches against local rivals Dartford.
Predictions
To get promoted: Wrexham (Champions) and Grimsby (Play-offs)
To get relegated: Alfreton, Salisbury, Hyde and Southport
Welling’s finish: 16th
Peter
@peterwanless 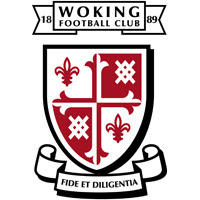 2012/13: 12th in Conference – “New, exciting, successful”
Woking
We have only signed one player so far in the approach towards the start of next season and that is midfielder Josh Payne who recently played at Aldershot Town. Woking’s squad will mainly be made up of loan players and this was seen as the key to success last season. However, the most successful players that featured last season, including Billy Knott, Bradley Bubb and Jayden Stockley, are not likely to return this season so new key players will have to be found. The side will be boosted by the return of Woking’s spine from last season including captain Mark Ricketts and the impressive Kevin Betsy.
After taking over halfway through the 2010/11 season Garry Hill took Woking to the Conference South play-offs and then the following season won the league to see the club return to the Conference Premier. After an impressive first season in the Conference, I and many other supporters believe that he is very much the man to keep Woking away from the relegation zone this season.
Kingfield is situated just over a mile from the town centre and railway station and its main feature is the Leslie Gosdon stand behind the goal, of which away supporters usually get a quarter of. Visiting fans also get a full open aired terrace along the side of the pitch which is a great view. The only negative to this is, with no roof, visiting supports can expect to get wet if the weather isn’t great!
Fixtures
The game all Woking fans were looking out for when the fixtures were released were the games against Aldershot Town as the clubs are local rivals and due to their success and our relegation, the sides haven’t played since 2007. As with all smaller clubs in the league the big away days are still games that we look forward to including Luton, Macclesfield, Wrexham, Grimsby and of course Barnet. I personally am looking forward to visiting the likes of Halifax and Chester as I am yet to visit either of these clubs and have heard good things about their respective grounds.
Predictions
To get promoted: Luton Town (Champions) and Wrexham (Play-offs)
To get relegated: Aldershot Town, Southport, Braintree Town and Nuneaton Town
Woking’s finish: 15th
Jacob
@JGreenwood91
everythingwokingfc.com 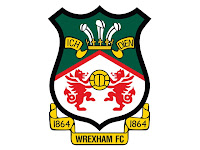