My trip to Camp Nou 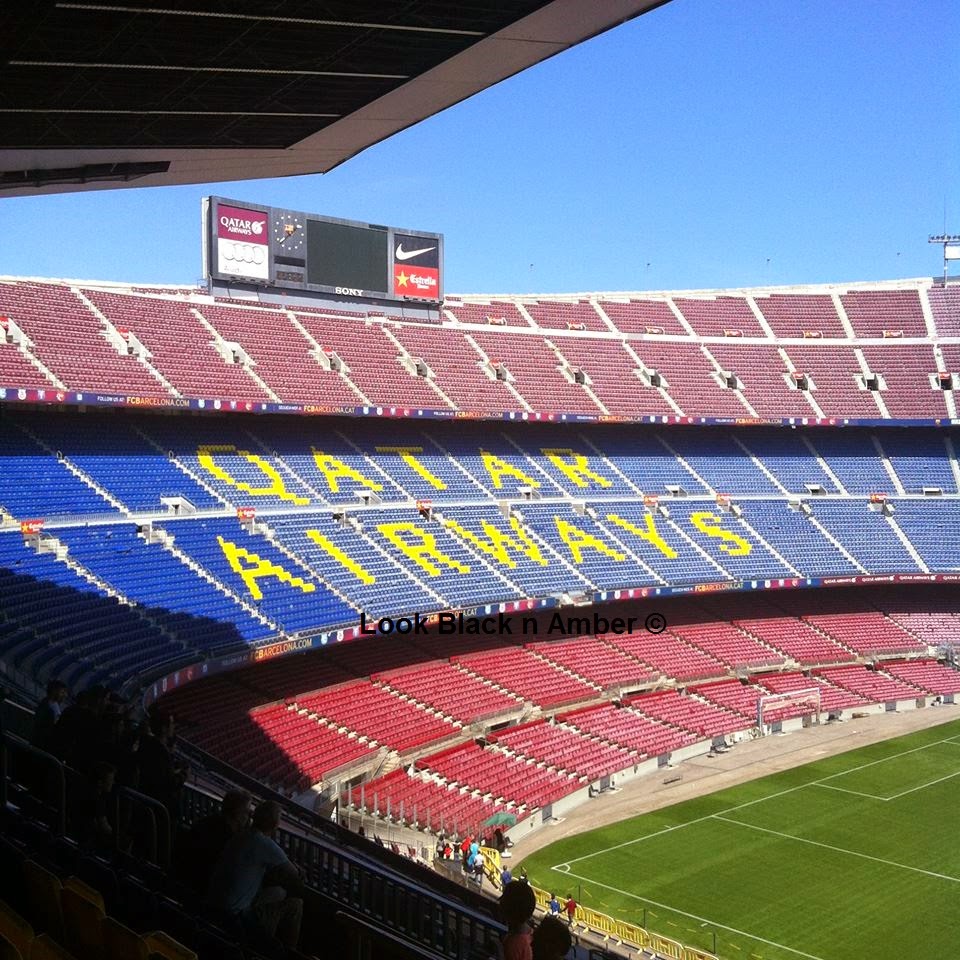 Having gone to the game against Real Betis on the Saturday evening and done the tour of the Estadio Santiago Bernabéu in Madrid last June, while in Barcelona, I just had to have a look around the Camp Nou. While walking round, I couldn’t help but make comparisons with their rival’s ground – and on reflection, I preferred the museum at the Nou Camp but the stadium tour didn’t live up to my expectations.
In fact, the museums were very similar – from the overall layout: glass cabinets full of trophies, memorabilia and other items to view to the interactive sections. The difference with Barça’s was that there was no mention of them being the best, something I found to be prominent with Real. There was a lot to see and I’d recommend a good hour – 90 minutes to enjoy walking around at your leisure. The little room dedicated to all the charity work the club does was also a nice touch.
There were a lot of displays dedicated to Lionel Messi – with the boots he wore when scoring goal 234 to break the record set by César Rodríguez, an illuminated screen when we won the 2010 FIFA Ballon d'Or (with Iniesta and Xavi, second and third, respectively) and the three Golden Boot titles he won (two in successive seasons). Not surprisingly, the queues for these achievements were fairly lengthy, although I eventually pushed my way to the front, so we could move on. 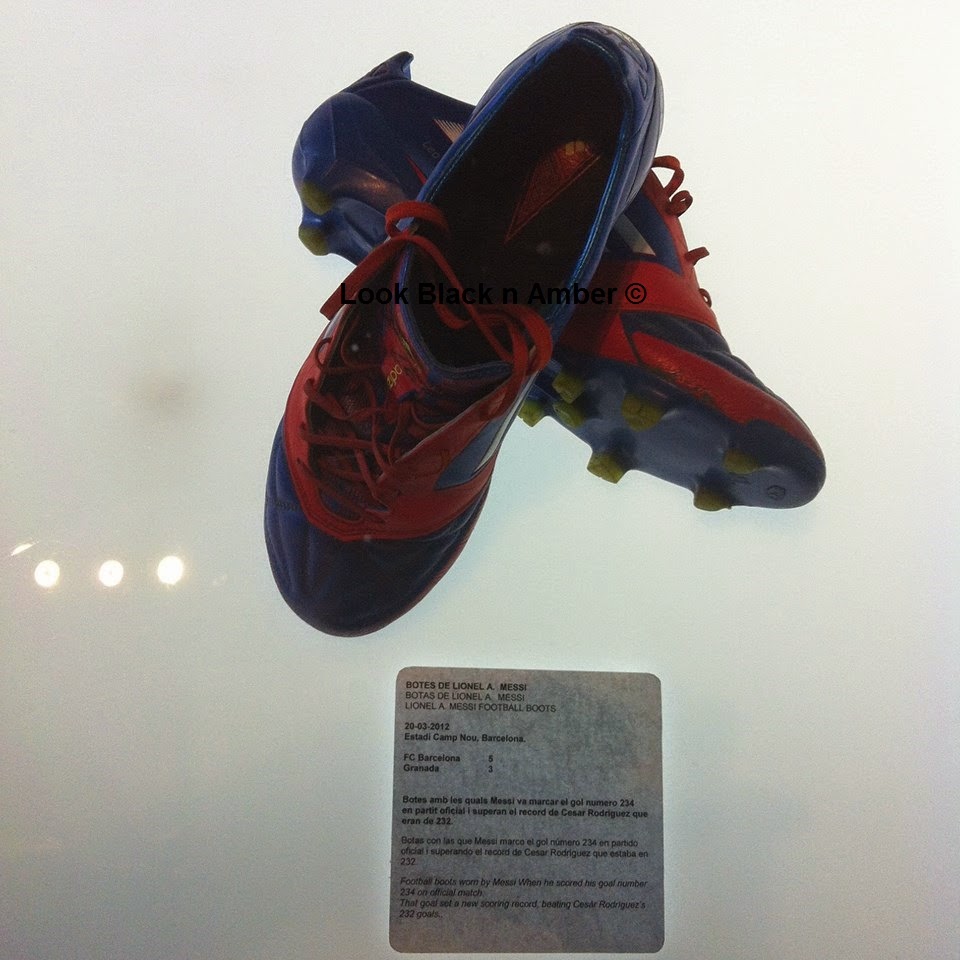 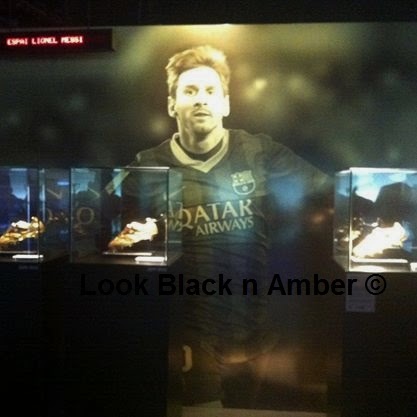 As expected, there were displays dedicated to other sports and the 12 titles display was dedicated to all the trophies won in various sports – it was interesting seeing the variation in shape and design. Above all, it was good to see recognition of other teams and not just the success of the football team over the years. 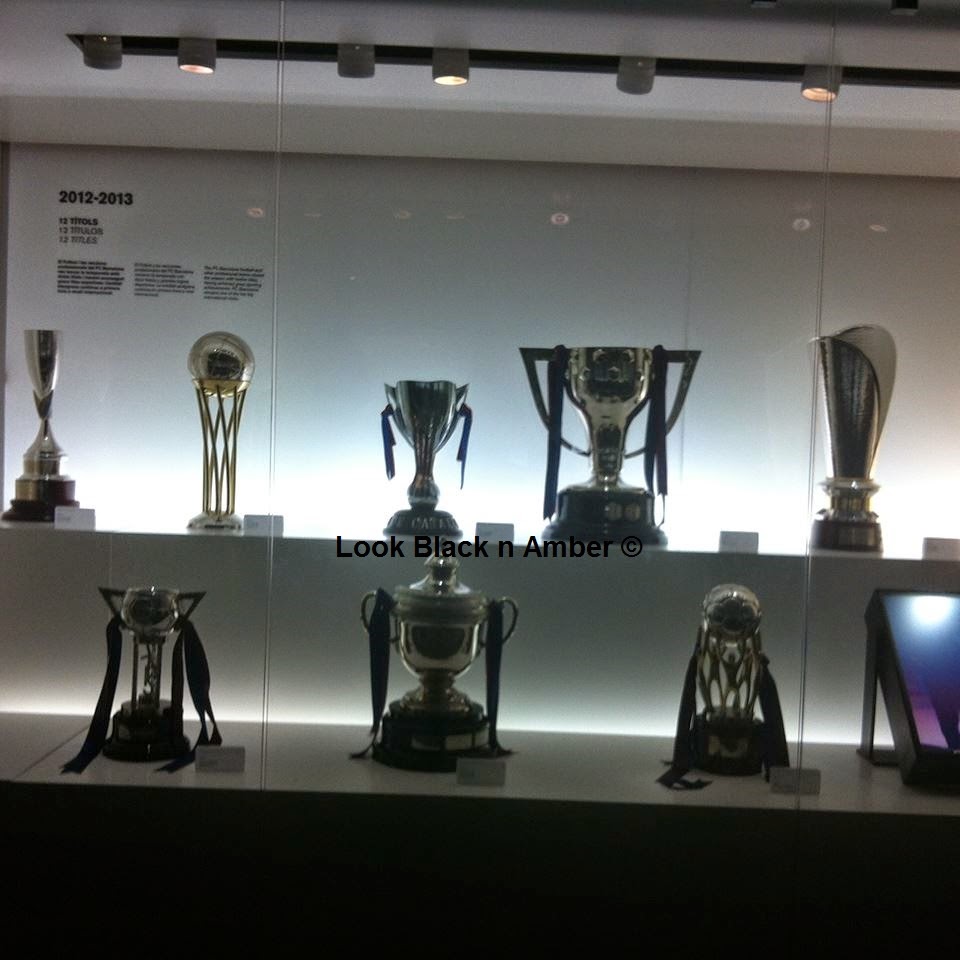 I enjoyed the stadium tour as well, but I was a bit disappointed at the lack of access we had. Having sat in both dugouts at the Bernabéu and Old Trafford, as well as visiting the home dressing rooms and sitting in the press conference rooms, it was a shame there wasn’t as much to see.
A lot of walking was involved, particularly up and downstairs and at the Bernabéu there were lifts between the floors. It was a really hot day and by the end of it, I just wanted to sit down with a granizado. It was strange seeing the stadium so empty, especially as there 80,000 at the game only 40 hours ago. Being on ground level and so close to the pitch was incredible, particularly given how far back I sat at the match. Although walking down the tunnel was my favourite – the walls either side were covered in a frieze of current squad players while El Cant del Barça blared out from the speakers (I’ve never known an anthem so catchy!). 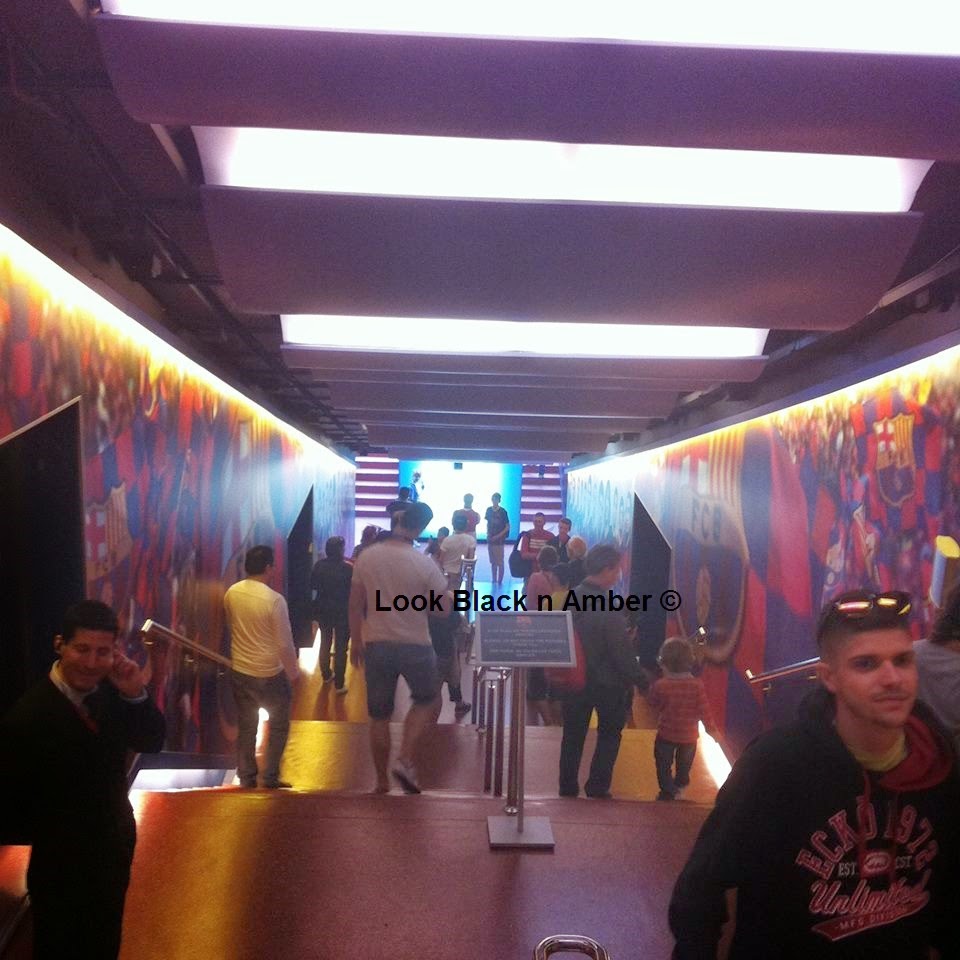 Sitting in the press box in one of the stands was a bit of a squeeze and I can’t begin to imagine how they manage to all fit with laptops and the like. One of the actual boxes was also open, but at the time I walked by, it was full, with people waiting outside to experience what it’s like. Back down a level was the dressing room and then the press conference area. Neither really impressed me – the away dressing room was so empty and lifeless, with no sign of any facilities. I was expecting towels and treatment tables, but the only thing worth seeing was the screens around the room, depicting opposing players that had graced the area. The room for the press conferences was solely dedicated to a photo opportunity with one of the trophies – the rows of seats were cordoned off and you couldn’t even sit in the manager’s seat. 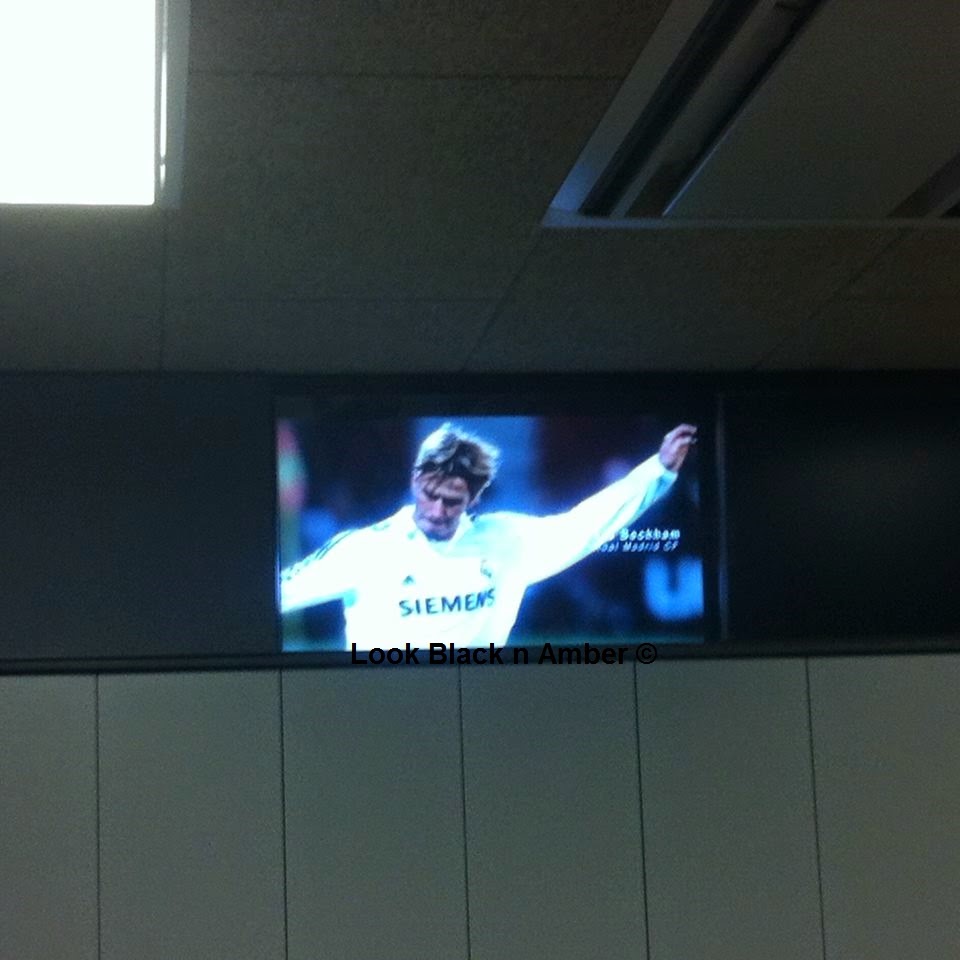 After making my way to exit, it was time for a quick walk round the club shop, which was on three floors. The vibrancy of the red, blue and yellow was a bit overwhelming after a while – at this point it was time for tapas! 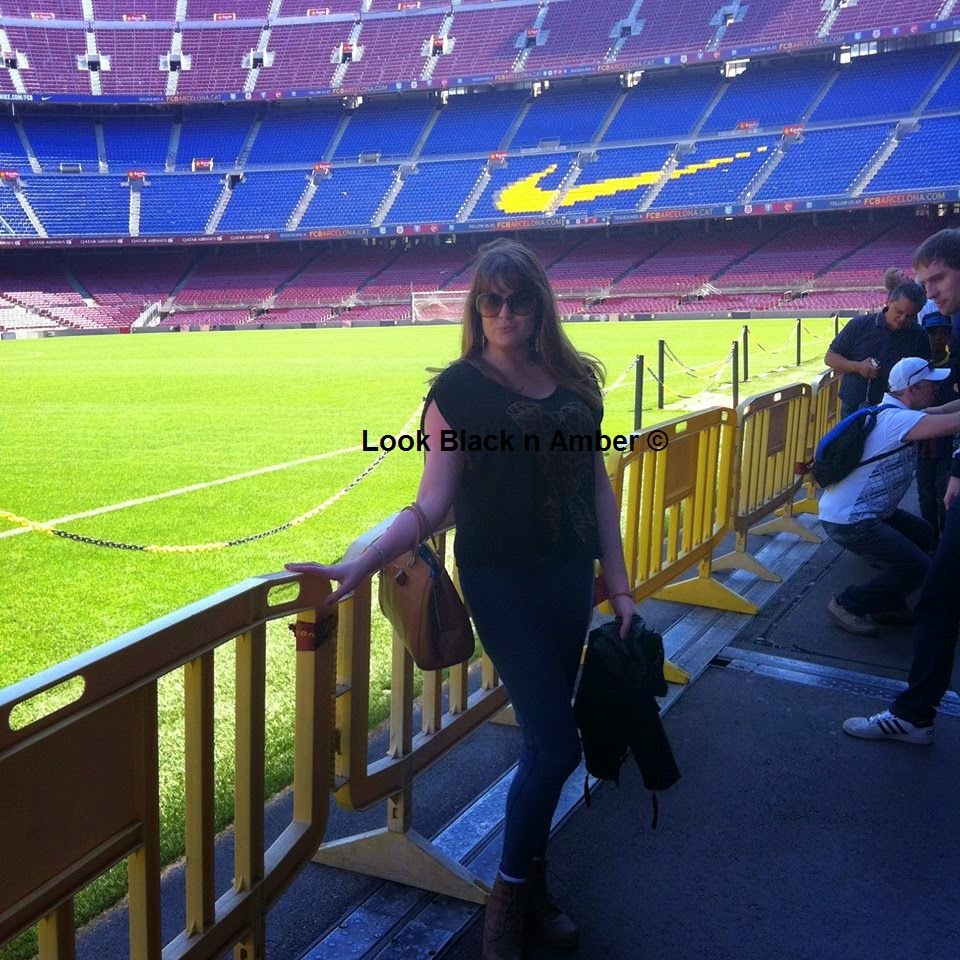